Welcome to Birthday Wishes Net here you will find thousands of best birthday Wishes for any category like birthday wishes for Friends, Professional, Family, Kids, Any age, Anyone and birthday cards. 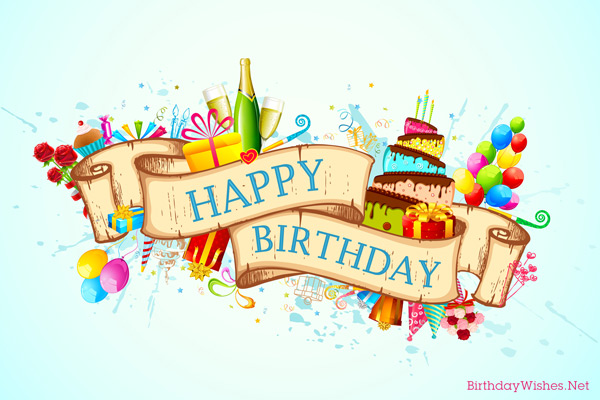 The first documented birthday invitation is recorded to be sent by Claudia Severa, who was the wife of a Roman Commander Aelius Brocchus around 100 AD.

If there are 57 people together in a room (or just anywhere else), there is a 99% probability that any two persons have a birthday on the same date.

More than fifteen million people share the same birthday as you!

The most common birthday is 5th October. Did you notice that 5th October comes exactly nine months after New Year’s Eve? It seems people are very much excited on that day!

Birthdays are special for everyone. We love to contribute in some way to your birthday celebrations. Here are some fun facts about birthday…

The most common and the least common birthdays are Tuesday and Sunday respectively.

Birthdays started to be officially noted in the 19th century. Birthday records before that were not very accurate and these records were not kept for the entire population.

If you are in England, you will receive birthday cards by the Queen for your 100th and 105th birthday and then a card every following year!

The normal beating rate of a human heart is 72 beats per minute. Counting by that rate, your beats about 42,075,900 times between two of your birthdays.

Counting non-stop for 24 hours every day will make you 31,000 years old by the time you count up to one trillion.

The invitations were written on wooden leaf fragments and are known as ‘Vindolanda Tablets’. They are still preserved by the British Museum.

The most expensive birth certificate in the world is named to Paul McCartney. The Certificate was put on auction in March 1997 and it went under the hammer for a whopping $854,146!

August is the month in which the maximum number of people celebrate their birthdays.

The most expensive birthday party in the world was hosted by the Sultan of Brunei. He celebrated his 50th birthday on 13 July, 1996 with a cost of around $27.2 million.

Do you know that your birthday comes exactly 31,536,000 seconds after your last birthday? Whoa! Seems too long, doesn’t it?

The largest birthday cake in the world was made in 1989 to celebrate the 100th birthday of the city of Fort Payne, Alabama. Weighing over 128,000 pounds, the cake used over 16,000 pounds of icing.

If there’s any question regarding the terms, please send us a message.
Read our birthday wishes blog.
More Bday Wishes. 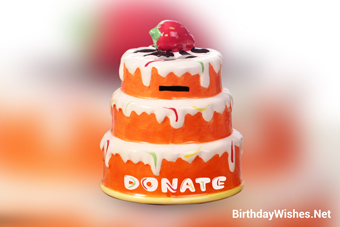 All donations are used for new birthday cards